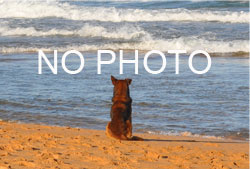 The most important document for the cruise passengers is passport, while visas are gradually becoming archaic. Thus, Russians don’t need visas for cruises to a number of Caribbean countries, including the Dominican Republic, Mexico and others. The same goes for Asian countries such as Turkey or Thailand - you are welcome. And what about Europe?

Cruises on the Mediterranean or Baltic still require visas for Russians, Ukrainians and Belarusians. Moreover, single Schengen is not sufficient for the cruise. So you have to apply for multi visa as crossing the territorial waters is considered as crossing the border. Multi visa is usually made for the country where the cruise ship departs.

When boarding the cruise ship passengers leave their passports at the reception. Instead of it they get a Cruise Card to be identified during the tour. Anyway, experienced travelers advise to make a copy of your passport.

If Croatia, Bulgaria, Turkey or Cyprus ports are a part of a cruise, as well as Schengen ports, passengers get their passports back.

Many ships have restrictions on the alcohol sale. Most cruise lines set the 18 years limit. To avoid unnecessary problems with the purchase of alcohol, some companies may ask to translate a birth certificate or passport into English or another language used on the ship.

Boarding pass is also a document, which should always be with you. Most cruise lines now offer passengers to print it by themselves.

Another crucial document is medical insurance.